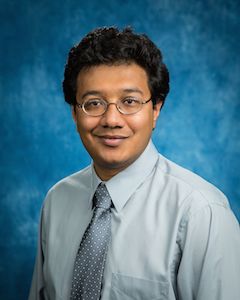 Ultra-wide, low-mass binaries probe how dynamical interactions affect and shape star formation process and the environments in which those processes occur. Such binaries are also ideal coeval laboratories to constrain and calibrate properties of low-mass stars, because the two stars in the binary system were presumably born at the same time, from the same material.

The Sloan Low-mass Wide Pairs of Kinematically Equivalent Stars (SLoWPoKES; Dhital, West, Stassun, & Bochanski 2010) catalog is the largest sample so far of wide, low-mass binaries. The objects in the catalog were identified from common proper motions and photometric distances, but without any information about stellar radial velocities. The goal of this ancillary target program was to get RV information about these stars to better constrain their binary system membership, which will in turn lead to a better understanding of widely-separated binary star systems.

Targets for this program were selected in two ways:

Both sets of targets were selected to have angular separations of 65-180 arcsec, to avoid fiber collisions; and also to be brighter than ifib2 = 20 to achieve the critical signal-to-noise radio. The pairs from the second sub-sample (M4 or later) are valuable for probing lower-mass, mid-to-late-type-M stars, which were underrepresented in SLoWPoKES.

Although the lack of proper motion matching for pairs in the second target selection sub-sample would make them more susceptible to chance alignments, the BOSS radial velocities obtained by this ancillary target program confirm or disprove their common motions.

From the combined sample using both target selection methods, 500 pairs were randomly selected for targeting with BOSS, with both stellar components being observed. The measured radial velocities can be used to verify the physical association of the ultra-wide binaries; this will be especially important for the second set of targets for which there were no previously-known proper motions. The spectra can be used to measure and calibrate the metallicity and mass-age-activity relationship for low-mass stars (e.g., Dhital et al. 2012), especially at mid-late M spectral types.

There was an error in correcting the positions of the target for their proper motions in the first year of the ancillary target program, affecting targets in plates numbered less than 3879 or between 3965-3987.