Sorry, the REU program is not accepting applications at this time.

The Astrophysical Research Consortium was awarded funds for a pilot Research Experiences for Undergraduates program sponsored by the Sloan Foundation. The objective of the program was to introduce promising undergraduate students to research careers through early research engagement enabled by data from the Sloan Digital Sky Survey, one of the most successful large-scale astronomical surveys and collaborations. This was a distributed REU program, where 5-7 undergraduate students were placed in 2-3 geographically distributed sites to work with and be mentored by scientists involved in the Sloan Digital Sky Survey. The research projects available to the students included stellar astrophysics, galactic studies, and extragalactic research. The distributed nature of this REU paralleled that of the SDSS collaboration itself, thereby providing students with first-hand experience in the culture of conducting research within the framework of a large scientific collaboration. A structure of mentoring and digital connectivity was used to foster group cohesion and cohort development among this geographically distributed group of students. The program was managed by New Mexico State University (REU coordinator: Dr. Nancy Chanover).

The 2016 program began with a Sloan Boot Camp short-course, held in Sunspot, NM, which introduced all student participants to the SDSS data and analysis tools. Once at the REU host institutions, the majority of the students’ time was spent on research. There were also twice-weekly required online meetings, one serving as a check-in and status report with the Program Coordinator and the other serving as a professional development seminar series, where students learned about topics such as scientific ethics, conference etiquette, professional manuscript preparation, and graduate school opportunities. Some funds were available for participants to attend the SDSS-IV Collaboration Meeting in Madison, WI in late June, and/or to present their results at a scientific conference later in the year. 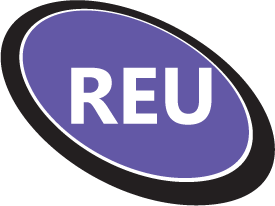