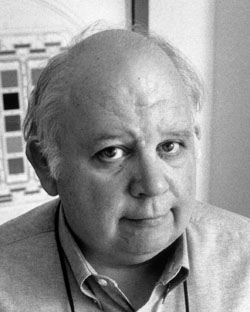 It has been shown that smaller equivalent width BALs are more prone to variation on short timescales (e.g., Barlow 1994; Lundgren et al. 2007). A large survey of variability in narrow absorption lines (NALs) is therefore required in order to examine if this trend applies across a larger range in equivalent widths.

Complementary to the BAL quasar variability ancillary target selection program, this program seeks to compile the largest dataset of multi-epoch observations of quasar sight lines with known narrow absorption along the line of sight. Detections of variability in narrow absorption line systems hold great promise for identifying high-velocity intrinsic quasar absorption and mini-BAL emergence and for providing limits on the sizes of cold gas clouds in the extended haloes of luminous galaxies in the foreground.

The targets of this program include quasars with 16.5 < ifib2 < 17.9 and redshift 0.7 < z < 2.2 from the DR7 quasar catalog (Schneider et al. 2010), which would otherwise be ignored by the primary BOSS target selection. Sight lines with known BALs (Gibson, Brandt, Schneider, & Gallagher 2008) are ignored, as this parameter space is being covered by the BAL quasar variability program. Each of the quasar sight lines targeted in this program contains an NAL system detected at > 4σ (including multiple unambiguous transitions of Mg II, C IV, or both) that has been identified in York et al. (2005). However, this program is not limited only to cases in which previously identified NALs disappear in later epochs, since NALs should have the same probability of emerging along these lines of sight with and without identified NALs. In total, this program targets about 2,000 quasars with a target density of ~0.35 deg-2.

As one of the science goals of this program is to determine the extent of variable NALs in velocity space relative to the quasar, the target list includes sight lines with NALs over a wide range in velocity. The following sub-groups allow for the identification of quasars and absorbers with particular characteristics: