The Black Hole Mapper (BHM) in SDSS-V is a multi-object spectroscopic survey that will emphasize optical spectra (often also with multiple epochs of spectrosopy) for well more than 300,000 quasars to jointly understand the masses, accretion physics, and growth and evolution over cosmic time of supermassive black holes. BHM will make use of the existing BOSS spectrographs, which provide wide optical spectral coverage with a spectral resolution of R~2000. BHM will operate on the 2.5m telescopes at both Apache Point and Las Campanas Observatories. 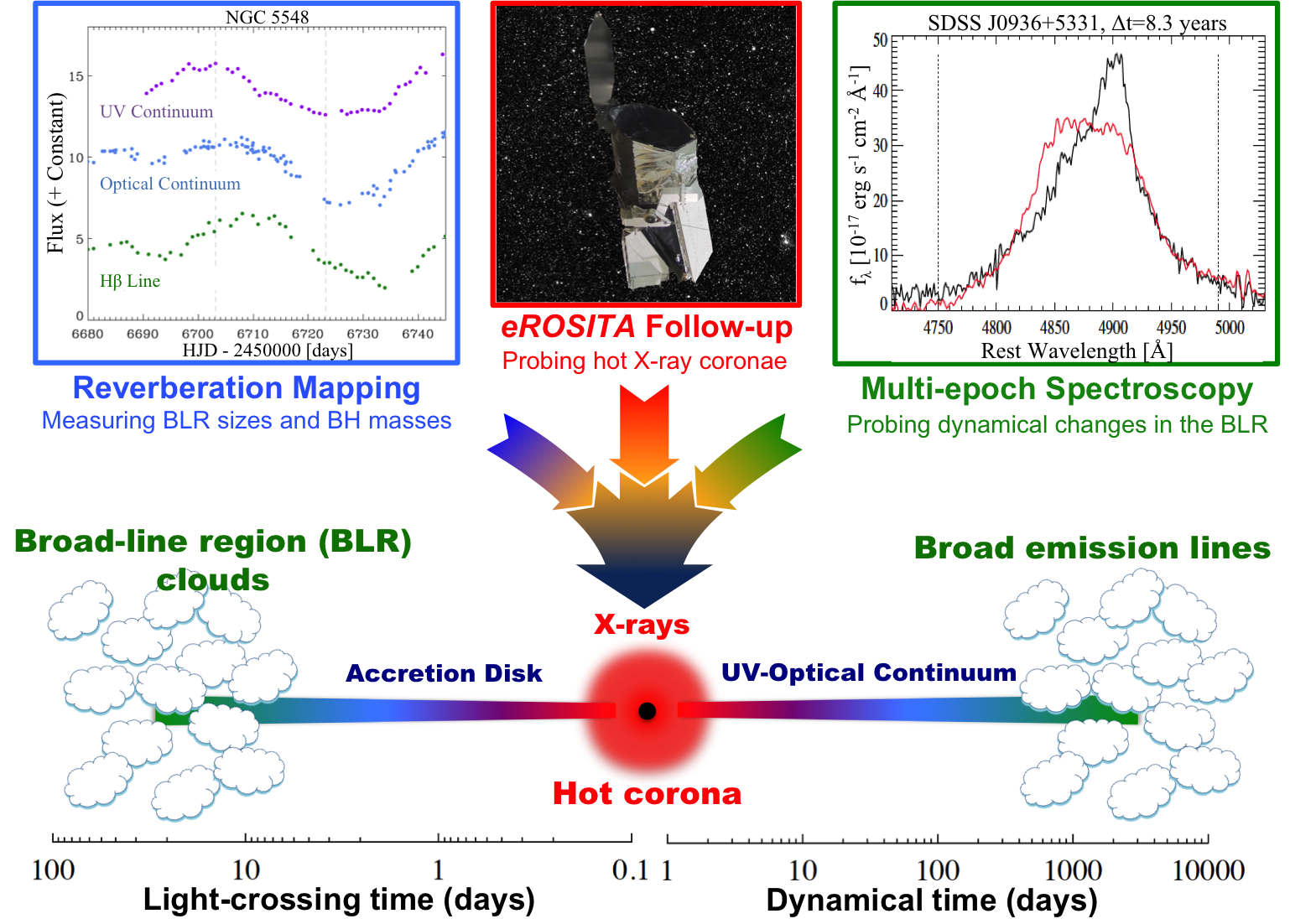 Quasars are among the most luminous objects in the Universe. Powered by accretion onto supermassive black holes (BHs) at the centers of galaxies, quasars can be used as beacons to trace the growth of BHs over cosmic time. There is a tight correlation between the masses of the supermassive BHs and the galaxies that host them, which shows that there is a connection between the formation of the stellar component in a galaxy and of its supermassive BH. The BHM will provide mass measures, multi-wavelength spectral energy distributions (SEDs), and a detailed characterization of variability for a large sample of quasars:

More details on the Black Hole Mapper and an extended description of its science goals can be found on the Science of SDSS-V page and in the SDSS-V White Paper SDSS-V: Pioneering Panoptic Spectroscopy.